The second wife of Grand Duke Adolphe of Luxembourg, Princess Adelheid-Marie was born on December 25, 1833, in Dessau, Duchy of Anhalt, now in Saxony-Anhalt, Germany. She was the eldest of the three daughters of Prince Friedrich Augustus of Anhalt-Dessau and Princess Marie Luise Charlotte of Hesse-Kassel.  Her mother Princess Marie Luise Charlotte was the elder sister of Princess Louise of Hesse-Kassel, the wife of King Christian IX of Denmark. Therefore, Adelheid-Marie was the first cousin of Princess Louise and King Christian IX’s children: King Frederick VIII of Denmark, Queen Alexandra of the United Kingdom, King George I of Greece, Empress Marie Feodorovna of Russia, Thyra, Crown Princess of Hanover, and Prince Valdemar.
Adelheid-Marie’s sisters:

On 23 April 1851, Princess Adelheid-Marie married Adolphe, who was then Duke of Nassau. Six years earlier, Adolphe’s first wife Grand Duchess Elisabeth Mikhailovna of Russia had died in childbirth along with her daughter. Adolphe and Adelheid-Marie had five children, but only two lived to adulthood: 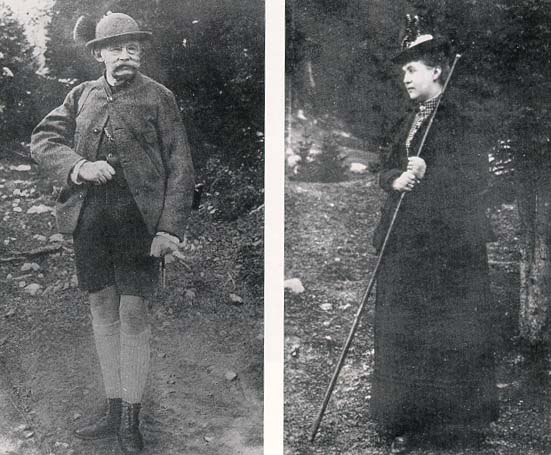 Adolphe died on November 17, 1905, at the age of 88. Adelheid-Marie survived him by 11 years dying on November 24, 1916, at the age of 82 in Königstein im Taunus, Kingdom of Prussia, now in Hesse, Germany. She was buried with her husband at the burial chapel of Schloss Weilburg, the former residence of the House of Nassau and Dukes of Nassau-Weilburg.