Archduchess Adelheid of Austria was the first wife of King Vittorio Emanuele II of Sardinia (the future King of Italy). She was born Adelheid Franziska Marie Rainera Elisabeth Clotilde on June 3, 1822, at the Royal Palace of Milan, the daughter of Archduke Rainer Joseph of Austria and Princess Elisabeth of Savoy.  Adelheid’s father was the Viceroy of the Kingdom of Lombardy-Venetia, a constituent land of the Austrian Empire. 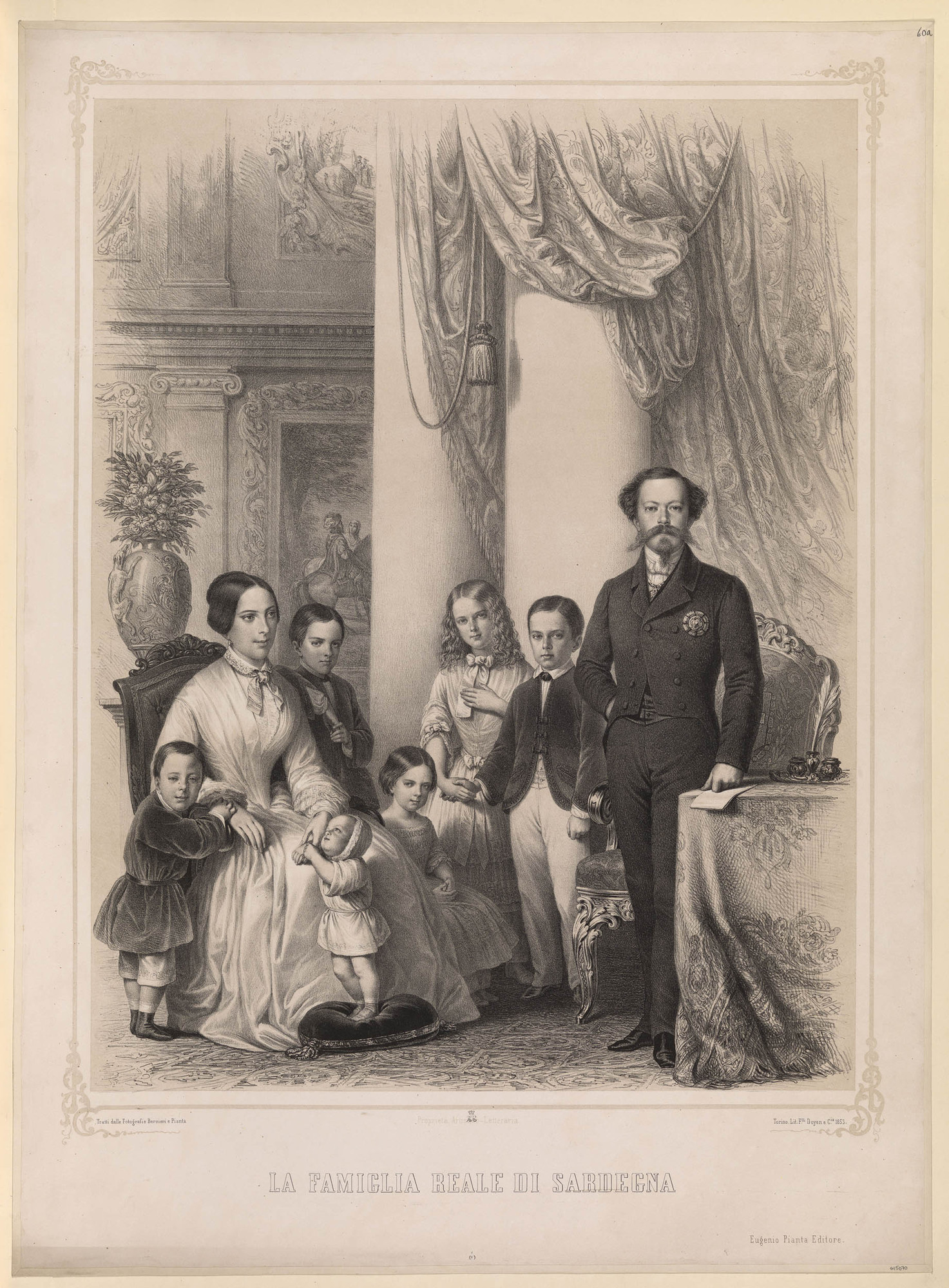 On April 12, 1842, at the Palazzina di caccia di Stupinigi in Italy, she married Vittorio Emanuele, the son of King Carlo Alberto of Sardinia and Archduchess Maria Theresia of Austria. The two were first cousins (her mother and his father were siblings), and also first cousins once removed through their mutual descent from Leopold II, Holy Roman Emperor. At the time of their marriage, Vittorio Emanuele was heir to the Sardinian throne and held the title Duke of Savoy. The couple had eight children:

Adelheid became Queen of Sardinia on March 23, 1849, following her father-in-law’s abdication and her husband’s accession to the throne. However, she never lived to become the Queen of Italy. Just days after giving birth to her last child, Adelheid fell ill after attending the funeral of her mother-in-law in Turin. Adelheid herself died four days later, on January 20, 1855, at the Royal Palace of Turin in the Kingdom of Sardinia, now in Italy. She was interred at the Royal Basilica of Superga in Turin.

The Royal Basilica of Superga. Source: Wikipedia, photo by Rolopack