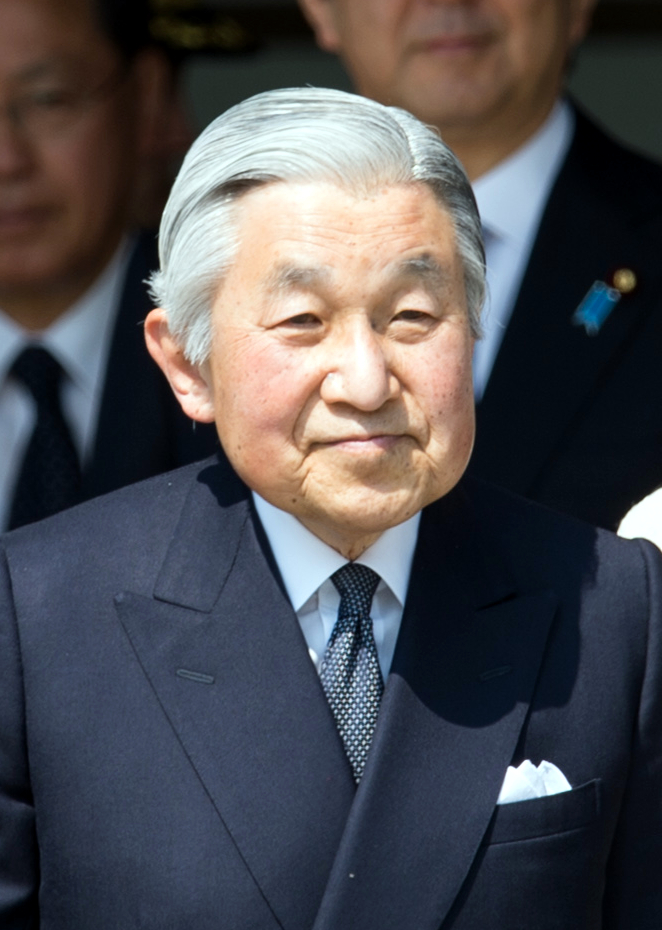 The Japanese public broadcaster NHK has reported that Emperor Akihito of Japan intends to abdicate in the coming years. Emperor Akihito is 82 years old and has been Emperor since 1989, succeeding to the Chrysanthemum Throne after the death of his father Emperor Hirohito.  The heir to the throne is the Emperor’s 56 year old elder son Crown Prince Naruhito.
Japan Times: Emperor to abdicate ‘within a few years’
Currently, only males can succeed to the Chrysanthemum Throne. Moreover, only male descendants in the male line can succeed.  Since the birth of the Emperor’s second son Prince Akishino in 1965, only one male has been born into the Imperial Family.  There has been discussion regarding allowing female succession, but the laws have not been changed. There are only five people in the line of succession.
1. Prince Naruhito, Crown Prince of Japan (1960) – eldest son of Emperor Akihito
2. Prince Akishino (Fumihito) (1965) – second son of Emperor Akihito
3. Prince Hisahito of Akishino (2006) – son of Prince Akishino
4. Prince Hitachi (Masahito) (1935) – younger brother of Emperor Akihito
5. Prince Mikasa (Takahito) (1915) – uncle of the current Emperor, brother of Emperor Hirohito
Crown Prince Naruhito has one child, a daughter Princess Aiko. Neither Princess Aiko nor any of her future children have succession rights. The same is true for the other six princesses in the Japanese Imperial Family. In addition, princesses who marry a person other than the Emperor or a member of the Imperial Family relinquish their title, their official membership in the Imperial Family, and any monetary allowance from the state. This happened to Emperor Akihito’s only daughter Princess Nori, now known as Sayako Kuroda, and three of Emperor Akihito’s sisters. Most recently, this happened in 2014 to Princess Noriko, one of the three daughters of Emperor Akihito’s deceased first cousin Prince Takamado.