Caroline Lacroix was the royal mistress of King Leopold II of the Belgians from 1900 until his death in 1909. She was just sixteen years old when their relationship began, while the King was nearly fifty years her senior. 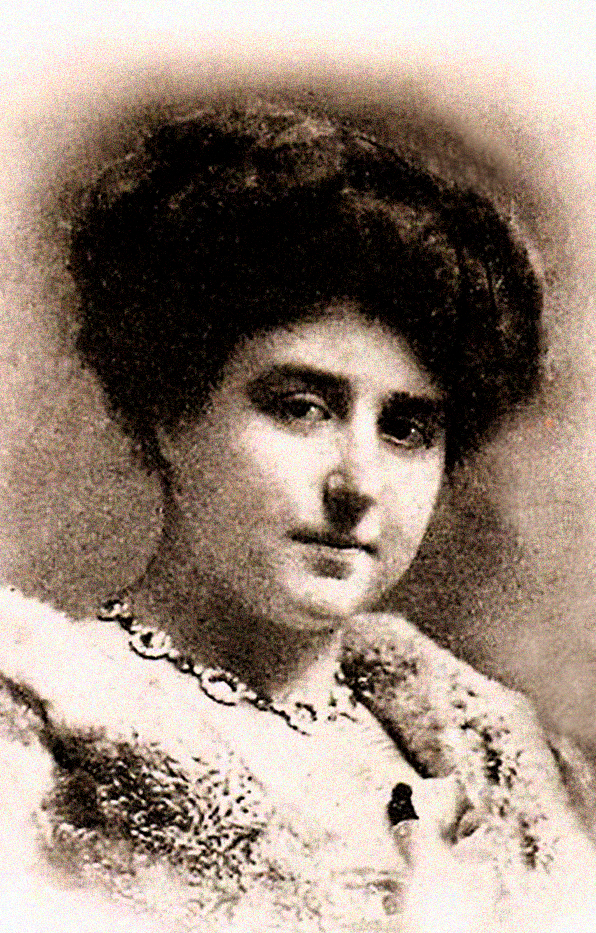 Blanche Zélia Joséphine Delacroix – later known as Caroline Lacroix – was born in Bucharest, Romania on May 13, 1883, the 13th child of Jules Delacroix and Catherine Josephine Sebille. By the time she was in her mid-teens, she was the mistress of a former French army officer, Antoine-Emmanuel Durrieux, who often arranged from Caroline to provide ‘company’ to other wealthy men, in order to support themselves. It was through these encounters that she caught the attention of King Leopold II of the Belgians.

The king sent a messenger to arrange a meeting with Caroline which apparently went well enough that the the King asked Caroline to accompany him on a trip to Austria. Just sixteen years old at the time, Caroline was far from discreet about her new relationship with the King. It quickly became public knowledge and was discussed widely in the Belgian media. She frequently accompanied Leopold on his travels – including accompanying him to London in 1901 for the funeral of Queen Victoria. Following the death of his wife, Queen Marie Henriette in 1902, Leopold arranged for Caroline to move into Villa Van der Borght, just outside the grounds of the Royal Palace of Laeken. He even had a footbridge built so he could easily visit her there on a regular basis.  The couple had two sons together:

At the time of Lucien’s birth, Leopold granted Caroline the title Baroness de Vaughan, and both sons were given courtesy titles as well. However, these were never formally granted by royal decree, making them strictly honorary titles. Both sons’ births were registered in France with only Caroline’s name.

During their relationship, the King lavished Caroline with gifts – including several residences. In addition to Villa Van der Borght in Laeken, he also purchased the Villa Les Cédres in Cap Ferrat 1904 for Caroline to use, and in 1908 he bought and gifted her the Château de Balincourt in northern France. In addition to these, she also had use of Villa Leopolda, a sprawling villa that Leopold had built on the French Riviera in 1902.

In addition to these various homes, Caroline also received gifts of clothes and jewels and amassed a significant fortune. And Caroline was known to boast about her newfound wealth, often claiming that her sons would be more wealthy than the richest men in England.

Sensing his impending death, on December 12, 1909, the King and Caroline were married in a religious ceremony at the Palace of Laeken. However, no civil ceremony was held – a requirement under Belgian law – and the marriage was not deemed legal. Five days later, King Leopold died, with Caroline and their two sons by his side.

Knowing she would no longer be welcome within the Belgian royal family, Caroline quickly moved on with her life. Just seven months after Leopold’s death, she married her former lover, Antoine-Emmanuel Durrieux, who helped her negotiate through the financial arrangements left for her by the King. Durrieux adopted her two sons, but the marriage soon ended.

She then lived a more quiet life – often in the company of her elder son, and spending time at her various homes around Europe. In 1937, she published her memoirs, and on February 12, 1948, she died in Cambo-les-Bains, France. She is buried in the Père Lachaise Cemetery in Paris, France.