Princess Caroline of Baden was the wife of King Maximilian I Joseph of Bavaria. She was born Friederike Caroline Wilhelmine on July 13, 1776, in Karlsruhe, Margraviate of Baden, later the Grand Duchy of Baden, now in the German state of Baden-Württemberg,  the daughter of Carl Ludwig, Hereditary Prince of Baden and Landgravine Amalie of Hesse-Darmstadt. Caroline had seven siblings, including a twin sister Amalie: 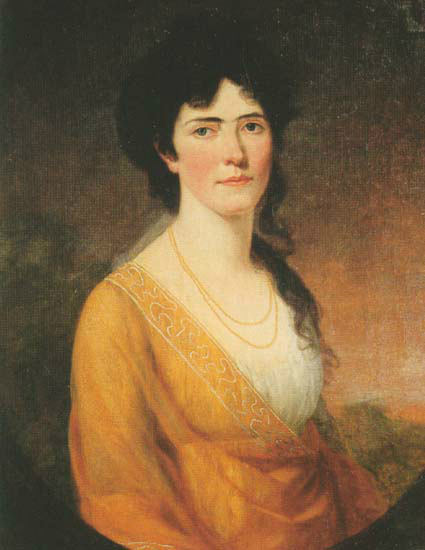 Caroline and her family had numerous additional ties to the Russian, German, and Swedish thrones. Caroline grew up with her family in Karlsruhe, with a deep love of and talent for painting. On March 9, 1797, in Karlsruhe, shortly before her 21st birthday, Caroline married Maximilian, Duke of Zweibrücken (the future King Maximilian I Joseph of Bavaria). Maximilian was twenty years older than Caroline and had been widowed the previous year. In addition to the four surviving stepchildren from Maximilian’s first marriage, Caroline and her husband had seven children including two sets of twins:

Within two years of their marriage, Maximilian became Elector of Bavaria, and in 1806, following the dissolution of the Holy Roman Empire, Maximilian and Caroline became the first King and Queen of the newly established Kingdom of Bavaria. Caroline had remained a Protestant when she married the Catholic Maximilian and was not required to convert when her husband became King. A deeply religious woman, she remained Lutheran and had her own chaplain. Despite this, her children were raised Catholic.

As Queen, she had a strong sense of duty and was known as a very dignified Queen and hostess. She also played a prominent role in helping her husband develop the arts and culture in Munich.

Tombs of King Maximilian I and his second wife, Queen Caroline, at the Theatinerkirche in Munich. Photo: © Susan Flantzer

Widowed in 1825, Queen Caroline survived her husband by just over sixteen years. She died on November 13, 1841, in Munich. Because she had remained Protestant, her funeral and burial in the Catholic Theatinerkirche were not without its problems. The Protestant clergy was not allowed to enter the church, so the funeral service was held outside. This also prevented any ceremony when Caroline’s coffin was placed in the tomb. Meanwhile, the attending Catholic clergy wore street clothes rather than their religious vestments. The undignified treatment of his stepmother even angered Ludwig I, whose own vehemently pro-Catholic views were forever changed.