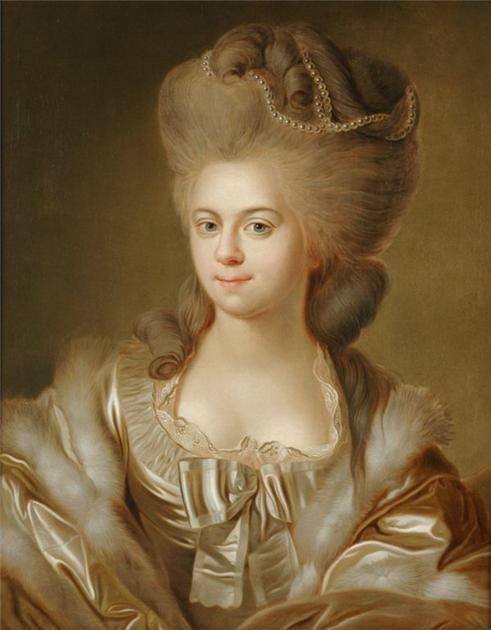 Elisabeth of Württemberg (Elisabeth Wilhelmine Luise) was born on April 21, 1767, in Treptow an der Rega in Brandenburg-Pomerania, now Trzebiatów, Poland. She was one of the twelve children of Friedrich II Eugene, Duke of Württemberg and Sophia Dorothea o
At the age of 15, Elisabeth went to Vienna to prepare to become the bride of Archduke Franz, the nephew of the then Holy Roman Emperor, Joseph II. Here the Protestant princess was educated by nuns at the Church and Monastery of the Visitation and she converted to Roman Catholicism. Elisabeth married Archduke Franz (the future emperor) on January 6, 1788, when she was 20 years old.
She was very close to Emperor Joseph and his final illness in February 1790 greatly upset the then-pregnant Elisabeth. She fainted upon seeing the dying emperor and on February 18, 1790, gave premature birth to a daughter Archduchess Ludovika Elisabeth. The labor had lasted more than 24 hours and Elisabeth, age 22, died because of complications. Holy Roman Emperor Joseph died two days later. Archduchess Elisabeth was buried in the Imperial Crypt in the Franzensgruft (Franz’s Vault) where her husband and his three other wives are also buried. Elisabeth’s baby, Ludovika Elisabeth, lived only until June 24, 1791, and is buried in the Imperial Crypt in the southwest pier of Ferdinandsgruft (Ferdinand’s Vault) along with a number of other Habsburgs who died young.