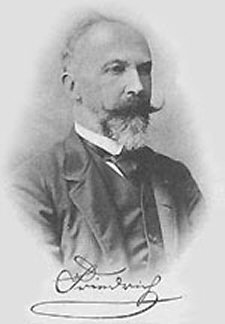 Friedrich I, Duke of Anhalt

After his initial education at home, Friedrich studied in Bonn and Geneva. In 1851, he became a First Lieutenant in the 1st Foot Guard Regiment in the Prussian Army, serving in Potsdam and then in Dessau.

Throughout this time, Friedrich continued with his military career. In 1864, he served on the staff of his brother-in-law, Prince Friedrich Karl of Prussia, during the Second Schleswig War. He served during the Franco-Prussian War in 1870-1871, taking part in the Siege of Toul and battles at Beaumont and Sedan. And in January 1871, he was present at the Palace of Versailles for the proclamation of King Wilhelm I of Prussia as the German Emperor.

Four months later, Friedrich became the reigning Duke of Anhalt following his father’s death. Still influential within the Prussian military, he was promoted to General of Infantry in 1873 and then Chief of the No. 93 Infantry Regiment in 1876.

The day after suffering a stroke, Friedrich I, Duke of Anhalt died in Ballenstedt, Duchy of Anhalt, now in Saxony-Anhalt, Germany, on January 24, 1904.  Friedrich was buried in the Ducal Mausoleum (link in German) in Dessau, Duchy of Anhalt, now in the German state of Saxony-Anhalt. In 1958, the remains of members of the House of Anhalt were removed from the Ducal Mausoleum secretly by night for political reasons (Dessau was then in Communist East Germany) and reburied in the Ziebigker Cemetery in Dessau in a common grave, marked only by a simple wooden cross. In 2019, Friedrich’s remains were moved a second time and reinterred in the Marienkirche (link in German) in Dessau, the traditional burial site of the Dukes of Anhalt-Dessau dating back to the 15th century. The Marienkirche was destroyed during World War II and has since been rebuilt.