Friedrich was initially tutored privately at home, before attending the Friedrichs-Gymnasium in Karlsruhe. After graduating in 1875, he began his military service, while also attending lectures at the University of Heidelberg and the University of Bonn which he attended with his first cousin, the future Wilhelm II, German Emperor and King of Prussia.

His military career flourished over the next 20 years. In 1880, he became a member of the 1st Regiment of the Footguards in Potsdam, and after his marriage, transferred to the 5th Baden Regiment, serving in Freiburg and Berlin. He was named Commander-in-Chief of the 8th Army Corps in Koblenz where remained until 1901. After being refused the command of the 14th Army Corps in Baden, Friedrich retired from active service and returned to Baden to support his aging father. 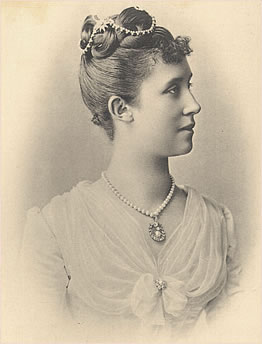 On September 20, 1885, Friedrich married Princess Hilda of Nassau at Schloss Hohenburg in Lenggries, Kingdom of Bavaria, now in the German state of Bavaria. Hilda was the daughter of Adolphe, Duke of Nassau (later Grand Duke of Luxembourg) and Princess Adelheid-Marie of Anhalt-Dessau. Friedrich and Hilda had no children.

Although he had no children, in 1927, Friedrich and his wife formally adopted Berthold, Margrave of Baden, the son of Friedrich’s first cousin, Max of Baden. This was done to ensure that the family’s properties would not pass to the government upon Friedrich’s death.

Friedrich became Grand Duke upon his father’s death in September 1907 and continued his father’s liberal policies. When the German Emperor abdicated in 1918, riots broke out throughout the German Empire, and Friedrich and his family were forced to flee Karlsruhe Palace, for Zwingenberg Castle in the Neckar valley. They then arranged to stay at Langenstein Castle, where Friedrich formally abdicated the throne of Baden on November 22, 1918.

Nearly blind and in poor health, Grand Duke Friedrich II died in Badenweiler on August 9, 1928. He is buried in the Grand Ducal Chapel in the Pheasant Garden in Karlsruhe.