Luise Karoline was the second – and morganatic – wife of the future Grand Duke Karl Friedrich of Baden. She was born in Karlsruhe, Margraviate of Baden, now in the german state of Baden-Württemberg, on May 26, 1768, to Ludwig, Baron Geyer von Geyersberg and Maximiliana, Countess of Sponeck. Her godparents were her future husband Karl Friedrich and his first wife, Karoline Luise of Hesse-Darmstadt.

She received a private school education in the free imperial city of Colmar and later served as a lady-in-waiting to the Hereditary Princess of Baden – the daughter-in-law of her future husband. 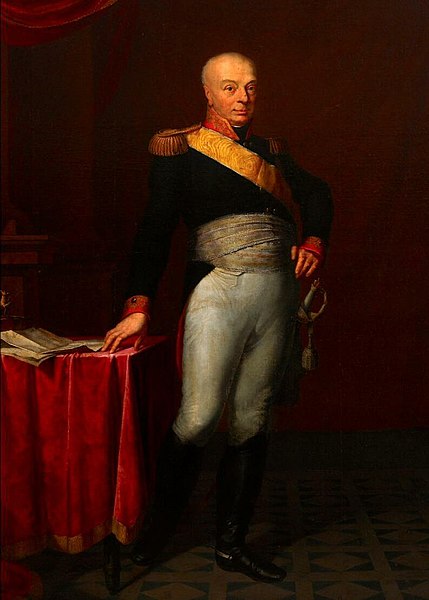 On November 24, 1787, Luise Karoline married Karl Friedrich – then Margrave of Baden – as his second wife. Together they had five children:

At the time of the marriage, Karl Friedrich created Luise Karoline Baroness of Hochberg, and their children were not included in the line of succession. However, in 1796, Karl Friedrich decreed – with the agreement of his sons from his first marriage – that his sons with Luise Karoline would be eligible to the throne should there be no heirs from his first marriage. In 1799, the Holy Roman Emperor Franz II elevated Luise Karoline to Countess of Hochberg, retroactively to 1796. Despite several written decrees, it wasn’t until 1817 that the reigning Grand Duke, Karl, elevated Luise Karoline’s children to Prince/Princess of Baden, and the following year asked the Congress to formally confirm their succession rights.