Princess Luise Marie Elisabeth of Prussia was the wife of Friedrich I, Grand Duke of Baden. She was born in Berlin, Kingdom of Prussia, now in Brandenburg, Germany on December 3, 1838, the only daughter of the future Wilhelm I, King of Prussia and Augusta of Saxe-Weimar-Eisenach. She had one older brother:

Raised in Berlin and Potsdam, and then in Koblenz where her father was serving as Governor-General of the Rhineland and Westphalia, Luise was educated privately and was instilled with a sense of empathy for those less fortunate. From a young age, her mother arranged visits to hospitals and orphanages which helped form her character. Her inherent need to help others would remain and continue to grow throughout her life. 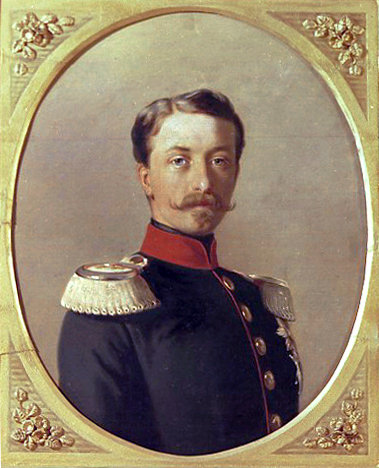 On September 20, 1856, at the Neues Palais in Potsdam, Kingdom of Prussia, now in the German state of Brandenburg, Luise married Prince Friedrich of Baden, who was serving as Prince Regent of Baden and would later become Grand Duke. Friedrich was the son of Leopold I, Grand Duke of Baden and Princess Sofia of Sweden. Luise and Friedrich had three children:

The marriage, which had been encouraged by Luise’s uncle, Friedrich Wilhelm IV, King of Prussia, turned out to be a very happy one. Luise quickly became involved in charitable causes in Baden, particularly those which helped and promoted women. She founded the ‘Baden Frauenverein’, a welfare charity for women which provided hospitals and homes for children, and founded the first school for housewives. Although not particularly close with her sister-in-law, Victoria, she was quite close with Vicky’s sister, Alice, Grand Duchess of Hesse and by Rhine, as the two shared a passion for nursing. Luise also maintained a correspondence with Florence Nightingale, and developed a lifelong friendship with Clara Barton, after the two met during the Franco-Prussian War. Together they organized military hospitals and established sewing factories for women to aid in the war effort. Disliking the formality of Karlsruhe, Luise and her family spent much of their time at their home on the island of Mainau, in Lake Constance. It was there that Luise’s husband died in 1907.

The next years would see the devastation of World War I, and the end of the German Empire. When the German Emperor abdicated, riots spread in Karlsruhe. Luise and her family, along with her daughter who was visiting from Sweden, managed to escape the palace and fled to Zwingenberg Palace in Zwingenberg, now in the German state of Baden-Württemberg. The new government then granted the family permission to stay at Langenstein Castle, owned by the Swedish Count Douglas, who was related to the Baden Grand Ducal family through marriage. The government ordered that Luise and her family be protected, primarily because her daughter was Queen of Sweden, and they did not want to cause any sort of diplomatic problems. The following year, the family was also given permission to return to their home in Mainau.