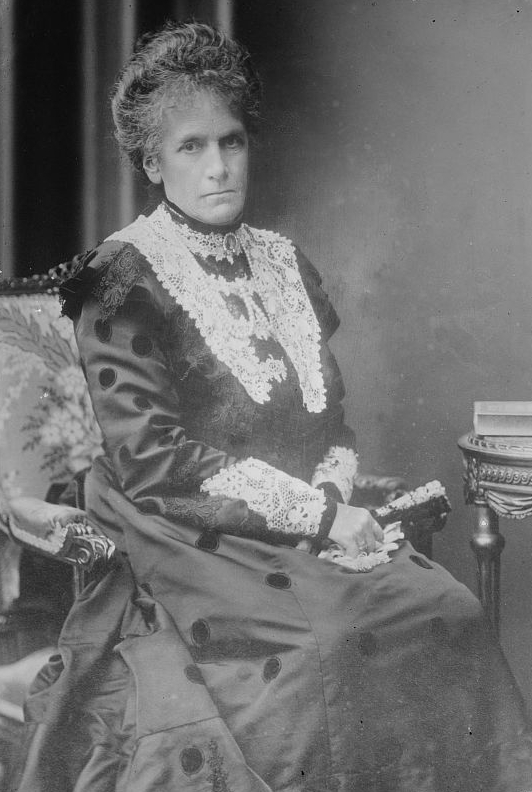 Born on July 2, 1849, in Brno, Austrian Empire (now in the Czech Republic), Archduchess Maria Theresia of Austria-Este was the last Queen Consort of Bavaria and the Jacobite claimant to the British throne from 1875 until her death in 1919. She was the only child of Archduke Ferdinand Karl Viktor of Austria-Este and Archduchess Elisabeth Franziska of Austria. When Maria Theresia was only five months old, her father Archduke Ferdinand Karl Viktor, aged 28, died from typhoid fever.

In 1854, her mother Archduchess Elisabeth Franziska married a second time to her first cousin Archduke Karl Ferdinand of Austria-Teschen. From this marriage, Maria Theresia had six half-siblings:

Francis V, Duke of Modena was the current Jacobite claimant and Maria Theresia’s uncle and guardian, and it was his wish that his niece should marry Ferdinand IV, Grand Duke of Tuscany who was fourteen years older than Maria Theresia. In June 1867, Maria Theresia arrived in Vienna to attend the funeral of her friend Archduchess Mathilde of Austria who had tragically died due to burns after hiding a forbidden cigarette behind her very flammable dress. At that time, Maria Theresia met Prince Ludwig of Bavaria, a first cousin of Archduchess Mathilde of Austria, who was representing King Ludwig II of Bavaria at the funeral, and the couple fell in love.

Maria Theresa had inherited two large estates from her father: the Sárvár estate in Hungary and the Eiwanowitz estate in Moravia (now in the Czech Republic). With the income from these estates, Ludwig and Maria Theresa purchased the Leutstetten estate in Bavaria which became quite profitable. While they lived mostly at Leutstetten, they also had a residence at the Leuchtenberg Palace in Munich, Bavaria. Their marriage was a happy one and they had thirteen children:

In 1875, after the death of her childless uncle Francis V, Duke of Modena, Maria Theresia became the Jacobite claimant to the British throne. Although she never acknowledged the claim, Jacobite supporters styled her Queen Mary III.

The Queen, The King, and The Crown Prince. source: Wikipedia

When World War I started in August of 1914, King Ludwig III sent an official dispatch to Kaiser Wilhelm II in Berlin to express Bavaria’s solidarity. Queen Maria Theresia appealed to Bavarian women and girls to support the country and the soldiers at the front by making packages with clothes and food for soldiers and the wounded. On February 20, 1918, in the midst of World War I, Ludwig and Maria Theresia celebrated their 50th wedding anniversary by donating ten million marks to charity.

As World War I progressed, the conditions in Bavaria deteriorated. The population was restless, soldiers were dying at the front, women had to work harder and harder in the factories, and food was always scarce. Through all of this, the Bavarian royal family remained loyal to Kaiser Wilhelm II. On November 7, 1918, King Ludwig III of Bavaria was deposed and the Republic of Bavaria was proclaimed. There were mass demonstrations throughout Munich, and Ludwig and his family fled from the Residenz Palace in Munich. He was the first of the monarchs in the German Empire to be deposed.

Ludwig and Maria Theresia first fled to Schloss Anif, near Salzburg, Austria. They returned to Bavaria and settled at Schloss Wildenwart in the village of Wildenwart about 80 kilometers southeast of Munich. Queen Maria Theresia, aged 69, died at Schloss Wildenwart on February 3, 1919, and was buried in its chapel. Shortly afterward, Ludwig, fearing he might be assassinated, fled to Hungary, later moving to Liechtenstein and Switzerland. He returned to Bavaria in April of 1920 and lived once again at Schloss Wildenwart. He remained there until September of 1921 when he took a trip to his Sárvár estate in Hungary. He died there on October 18, 1921, at the age of 76.

On November 5, 1921, Ludwig’s body was returned to Munich along with the remains of his wife. They were given a state funeral and were buried in the crypt of the Frauenkirche. Despite the abolition of the monarchy, the former King and Queen were laid to rest in the presence of the royal family, the Bavarian government, military personnel, and an estimated 100,000 spectators in the streets.